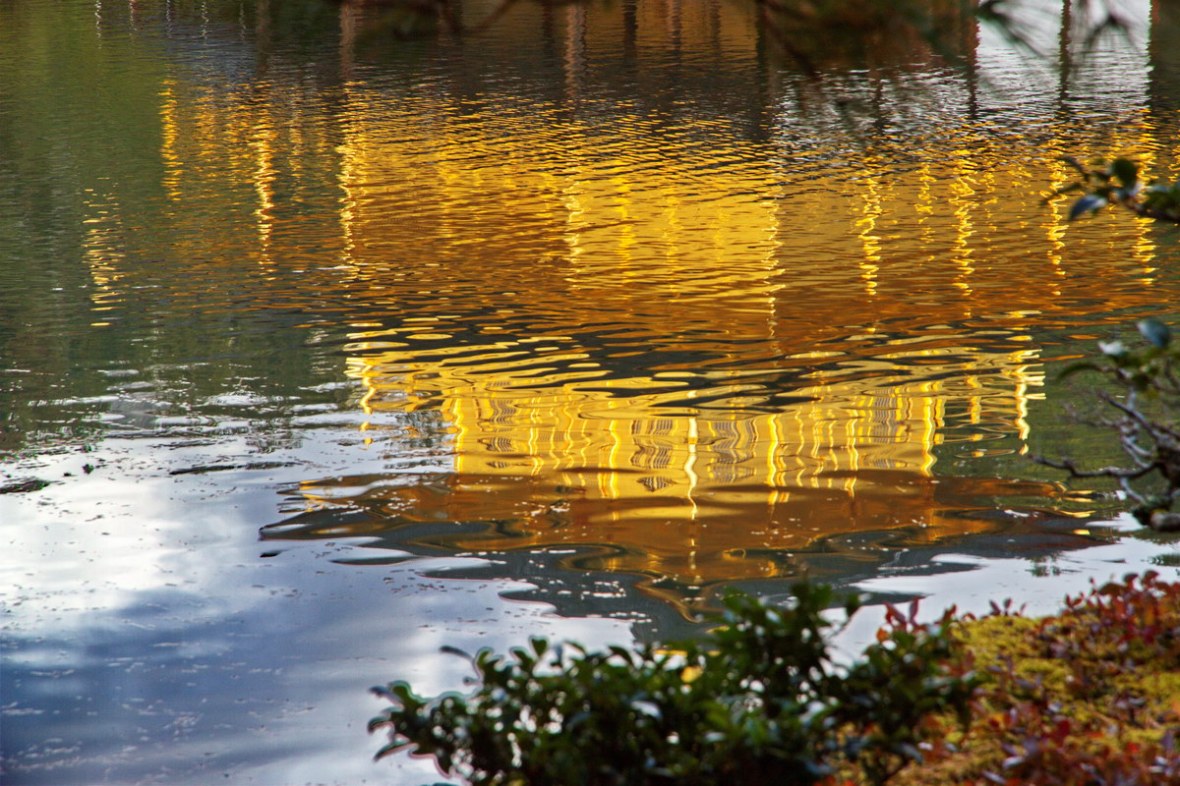 Reflection of Kinkakuji, the Golden Pavilion

Japanese place names can be real tongue-twisters if you speak no Nihongo. Even though my wife and I have studied Nihongo, we still make each other laugh a lot with our fumbles. We’ve found, though, that if you can get at least part of a name’s meaning your tongue trips a lot less. It also becomes much easier to remember where you’re going or where you’ve been.

Fortunately, Japanese place names are descriptive — aren’t they everywhere else in the world? — so if you know a few common elements you can start decoding. Numbers, cardinal directions, nearby terrain features and the type of place all figure a lot in Japanese place-naming conventions. Here are some of these elements (just pronounce them as you would Spanish):

Shall we try decoding the names of some popular Kyoto landmarks? Let’s start with Kyoto’s most popular attraction as ranked by Tripadvisor: Fushimi Inari Taisha. Taisha tells us it’s a Shinto head shrine. A Google search for Inari reveals that Inari is the god of rice, prosperity and good business, which is why companies from all over Japan donate those lovely vermilion torii lining the paths. Inari is also the name of the mountain the shrine is on: Inariyama. As for Fushimi, it means Hidden Water or Mysterious Spring, referring to the pure springs issuing from the mountainside. Those springs are the reason that Fushimi district has been Kyoto’s traditional sake-brewing district for over four centuries.

Here’s an interesting bit of trivia: quite a few of the place names on the guidebooks are just nicknames. Temples like Kinkakuji and Ginkakuji are named after their most famous feature, but their real names are Rokuonji (Deer Garden Temple) and Higashiyama Jishoji (East Mountain Temple of Shining Mercy) respectively, and Konkai Komyoji, which threatened to break the tongues of our Aussie friends, has the much friendlier nickname Kurodanidera, Black Valley Temple. Don’t worry, though, as Google Maps can find these places even if you search just the nickname.

Google Maps is an essential app for navigating anyplace in Japan. It’s not perfect, though, as it often cannot find more obscure locations such as those that don’t have a name in Romaji (Roman letters, i.e., the alphabet you’re reading in right now) entered. If you need to find such a place, look for its address written in Japanese, copy that, and enter it into your Google Map search box.

Another good tool for translating Japanese is Jisho.org. It has no mobile app yet, but the site is easily accessible. It’s more accurate than Google Translate in handling Kanji characters, as it’s a dedicated Nihongo dictionary. Google Translate often defaults to the Chinese reading of a Japanese word, which can put you off track. For example, many bus stops end with -mae, ‘in front of.’ Google Translate (and Maps) however uses the Chinese reading for this, ‘zen,’ so you may end up looking for bus stops like Shichijo-Keihanzen, when actually it’s Shichijo-Keihanmae.

Also try to get the calling card of your hotel, or your booking confirmation if it has the hotel’s address in Japanese. This can be used to help direct a taxi driver to find the place, specially if it’s one of the smaller hotels or an Airbnb accommodation.

Kyoto was laid out in a grid pattern in imitation of Chang’an, the ancient Chinese capital. This makes Kyoto pretty easy to navigate if you can figure out where you are on the grid. The original east-west streets are numbered from north to south: Ichijo, Nijo, Sanjo, Shijo, Gojo, Rokujo, Shichijo, Hachijo, Kujo, Juujo. If you’re lost and hit one of these streets, you can easily figure out if you’re north or south of your destination. For example you’re looking for a place in Gion that’s supposed to be on the corner of Shijo, but you got lost; if you see you’re at Sanjo already, you know you’re north of your destination.

Yama-, -san and -zan all use the same Kanji character, meaning mountain; san and zan are from Chinese. Likewise ji, tera and dera all use the same character, ji being Chinese, tera and dera being the Japanese reading. There’s a rather confusing (for us mere travellers) rule that when a Japanese name uses all-Japanese elements uses the Japanese form of the suffix, while names that use Chinese-derived elements use the Chinese form.

Kiyomizudera uses the Japanese words for pure and water, so it uses the -tera ending. There’s another rule that morphs consonants in the middle of a word (rendaku), where t- becomes d-, s- becomes z-, k- becomes g- and h- becomes b-. That’s why the Kamogawa (kamo = duck, kawa = river) uses the -gawa suffix, not -kawa. 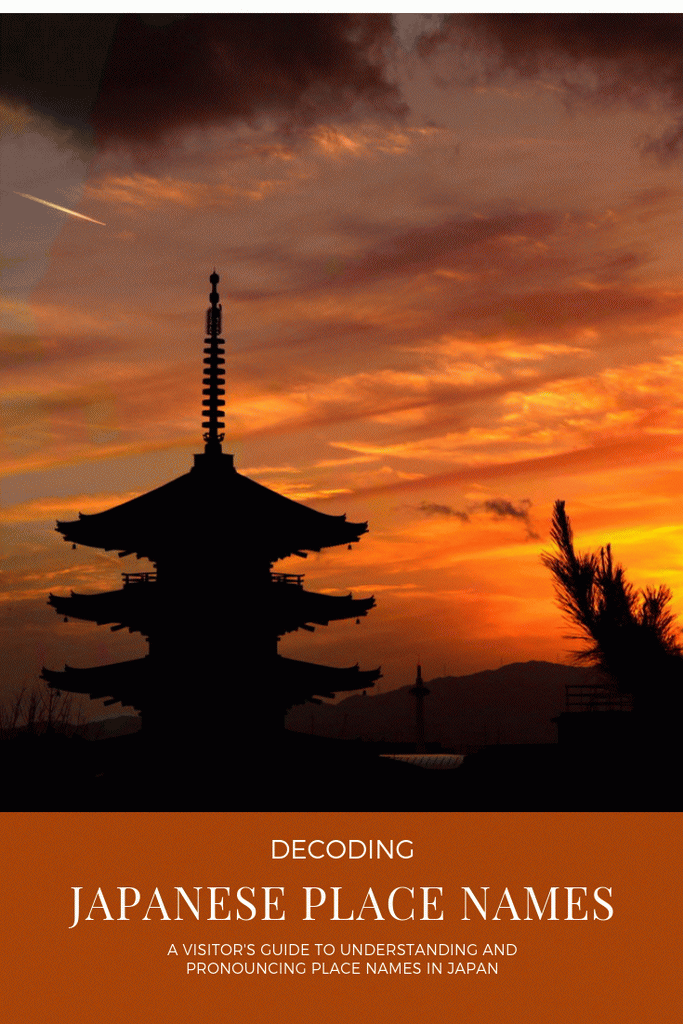