The keep of Hikone Castle in autumn. The colors here were amazing.

By the end of the civil wars in Japan around 1600, the entire country was dotted with castles. But the Tokugawa Shogunate instituted a one-domain one-castle policy, ordering extraneous castles demolished. Japan’s castles were again decimated when the Tokugawa regime was overthrown in the Meiji Restoration of 1868, as the new government ordered yet more castles destroyed to prevent Shogunate loyalists from staging uprisings. Most of the remaining castles fell into disrepair, so now there are only 12 castles left with their original wooden tower keeps intact.

Hikone Castle is one of those original 12, considered a National Treasure for its architecture, and spectacularly located on a hilltop overlooking Lake Biwa. Hungering to photograph an original castle, and big samurai history geek that I am, we of course had to visit it on our autumn trip.

Hikone city is just a little over an hour from Kyoto Station via the JR Tokaido line. The name of the route getting there indicates just how important this castle was — it sat astride a choke point on the vital Tokaido road from Edo (now Tokyo) to Kyoto. Hikone Castle was the seat of the Ii Clan daimyo, who won this rich fief through the exploits of the general Ii Naomasa at the Battle of Sekigahara. (He and his unit were first to hit the enemy. Reaching the enemy first was a sign of valor, so it was rewarded handsomely. Naomasa however was hit by a musket later in the battle, and he never fully recovered.) 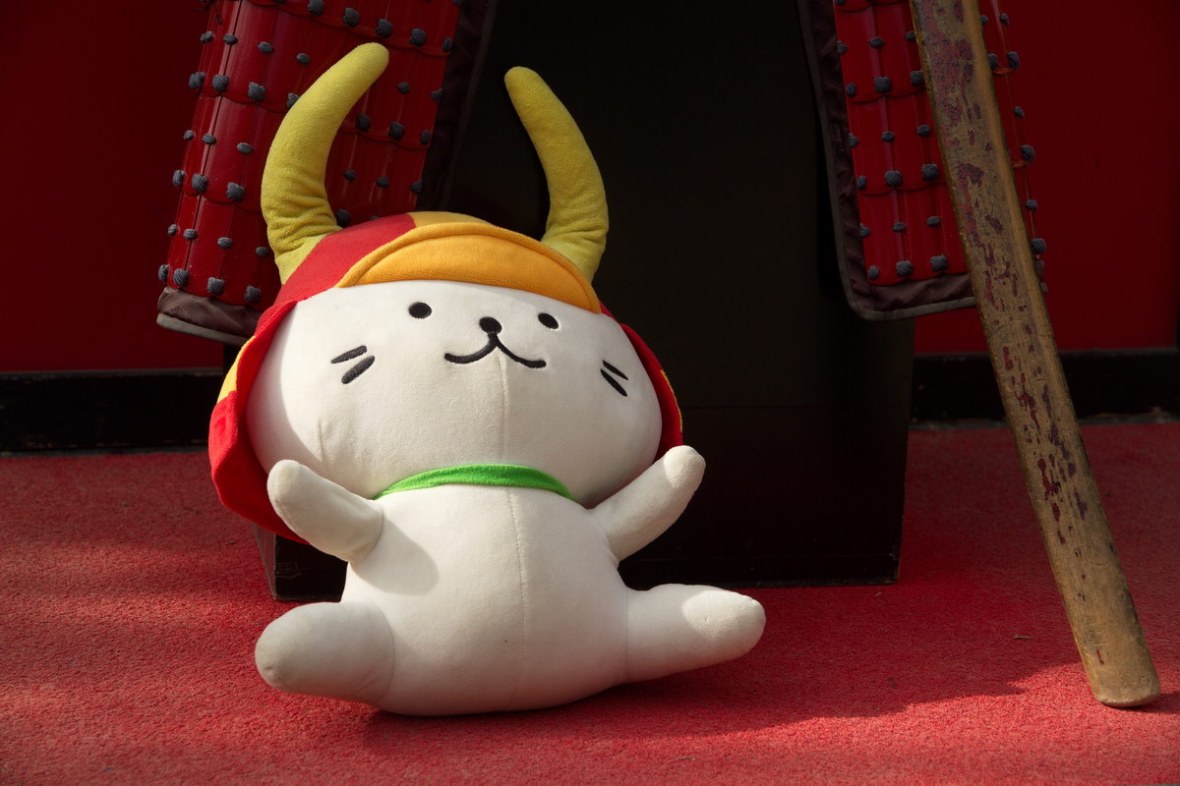 Alighting at Hikone Station, one of the first things we noticed were the white cats in red samurai helmets everywhere: on posters, as dolls, as souvenir figures, etc. etc. I found out that this was Hikonyan, the castle and city mascot, and commemorates another story of the Ii.

When Naomasa’s son Naotaka was returning from hunting near Edo, he decided to rest beneath a tree at Gotokuji Temple. There he saw the head priest’s white cat repeatedly waving a paw at him as though beckoning him to follow. Curious, he approached the cat — and immediately upon leaving his tree a lightning bolt struck it! This is supposedly the origin of the maneki neko or lucky waving cat statues you find in shops all over Japan. The red helmet commemorates the Ii Red Devils, the clan’s samurai who were famous for their ferocity and all-crimson armor. 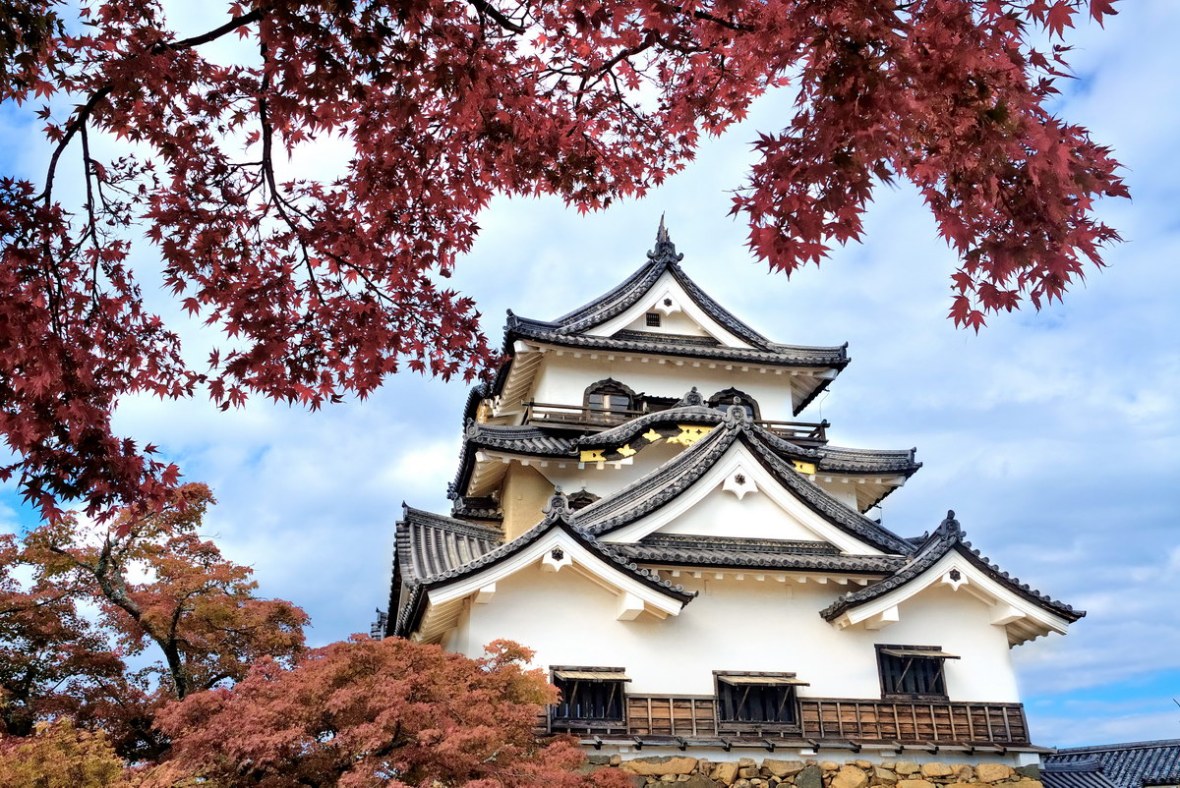 Another view of the keep. Hikone Castle is one of the last 12 castles with their original wooden keeps intact.

From the station it was a 20 minute walk to the castle gate, then a steep ascent up old stone steps to see the keep. There were many cherry and maple trees on the grounds, and the maples were in their full autumn splendor. On the way up were views of the mountains of Shiga, and on the other side, Lake Biwa. I ended up focusing on the keep, which was beautifully framed by crimson leaves. 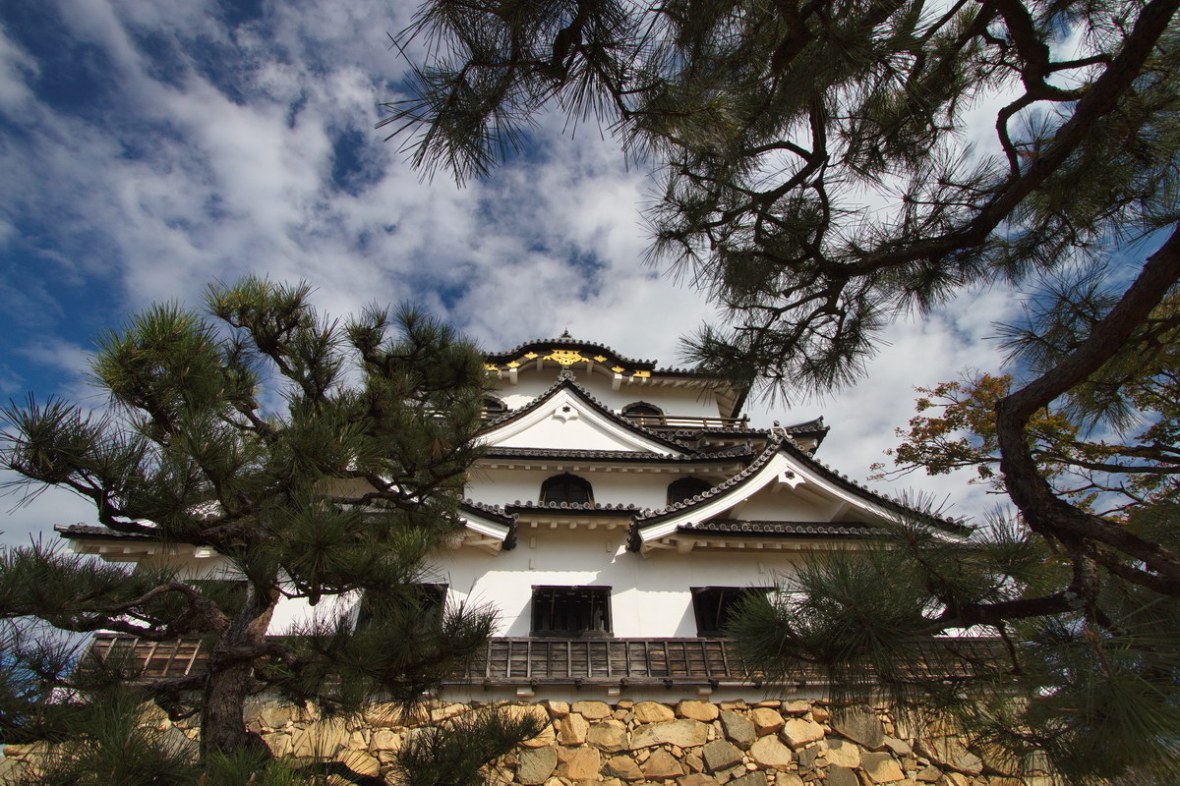 Side view of the keep.

Ceiling of Hikone Castle keep. Japanese castles are very prone to fires, which is one reason so few have survived.

When the light got too harsh we went down to the museum. Our timing turned out to be fantastic, as there was a special exhibit of swords ongoing. There were blades on display dating as far back as the thirteenth century, one of which even had battle damage — a tiny but deep nick, such as might come from meeting another sword edge on. It’s a testament to the craftsmanship that went into this blade that the damage went no further, and a testament to the professional sword polisher who readied it for display that the 700-year old sword gleamed clean and bright as new. (Pictures aren’t allowed in the museum.)

The rest of the exhibit was also very interesting: a trove of artworks, ceramics, musical instruments and such from the Ii family collection, some of them apparently created by some of the lords themselves. Also excellent was the reconstruction of the daimyo’s residential palace interiors. From the museum we went out to the Genkyuen Garden, which has good views of the keep with a pond, islands, and bridges in the foreground.

View of the castle from the Genkyuen Garden. The Ii daimyo used to live in a palace complex beside this garden.

Detail from the teahouse of Genkyuen Garden.

We eventually had our very late lunch along the Yume Kyobashi road, a preserved street whose period machiya house many restaurants specializing in Omi Beef. Omi Beef is one of the Sandai Wagyu, the Three Great Beefs of Japan, standing alongside Kobe and Matsusaka. Omi Beef has a longer history than Kobe Beef. As early as the 1590s the daimyo Takayama Ukon supposedly served beef from the Hikone area in a feast for Toyotomi Hideyoshi’s generals, and during the Edo Period the Ii family would send the Shogun gifts of beef. Kobe Beef on the other hand owes its origin to increased trade with the West through Kobe port, beginning in the Meiji Era, the late 1800s. We had our Omi-gyu as yakinikudon — yum!

By the time we finished lunch the afternoon was well along, so instead of our intended schedule of visiting another town along the Tokaido line, we spent the sunset by the castle moat. Had we not had a guest the day after, Cat and I wanted to stay for the evening illumination. Since that happens again in sakura season, I think we’ll try it then. 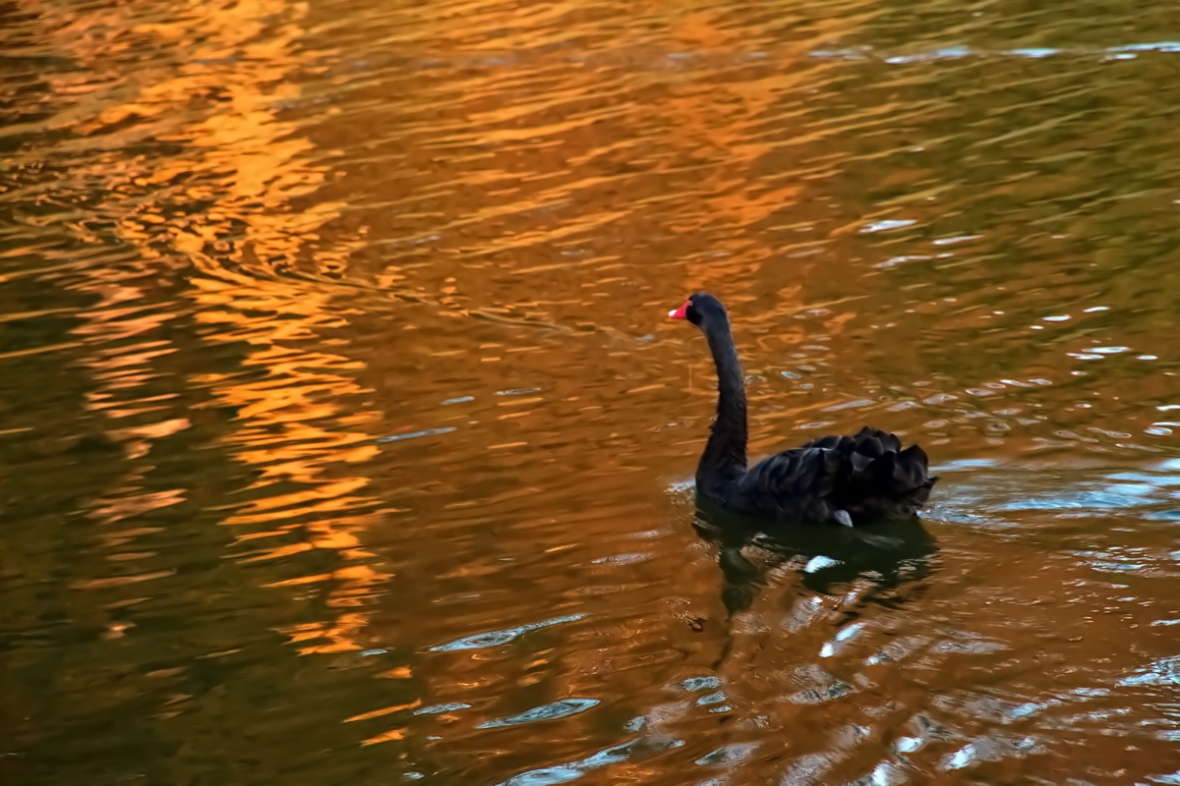 TRAVEL TIPS
The JR Kansai and JR Sanyo-San’in (West) regional passes are good deals if you plan to spend a week or more in Western Japan and do a lot of day trips around the region. The Kansai Pass is good for JR trains and buses in Osaka, Kyoto, Kobe, Himeji, Nara, and the Lake Biwa area, while the JR West pass adds Hiroshima, and Fukuoka. The pass even lets you use the Shinkansen, which cuts the time to Hikone from Kyoto to a mere 32 minutes. (Take the bullet train to Maibara, then backtrack via regular train to Hikone.)

PHOTOGRAPHY TIPS
If you’re coming to Hikone Castle for photography, I’d recommend visiting the museum first around noon, after an early lunch, after which you can explore the castle grounds and end at Genkyuen Garden for the evening illumination if there’s one. Illuminations are held every spring and autumn. Tripods are allowed in the Genkyuen and castle grounds, but not inside the keep. 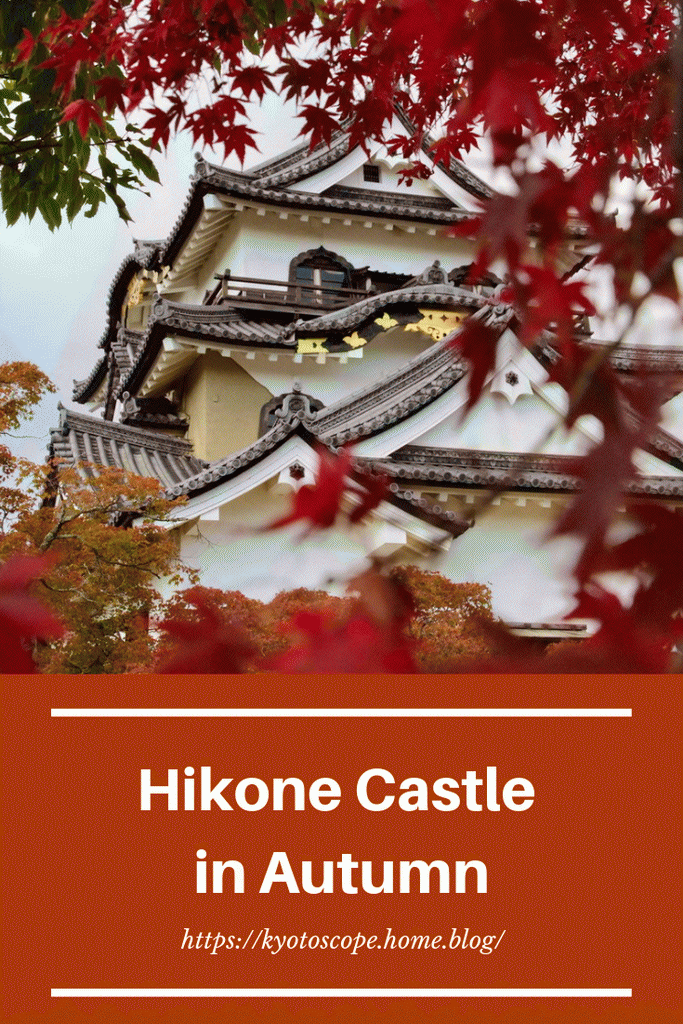 One thought on “Hikone Castle”